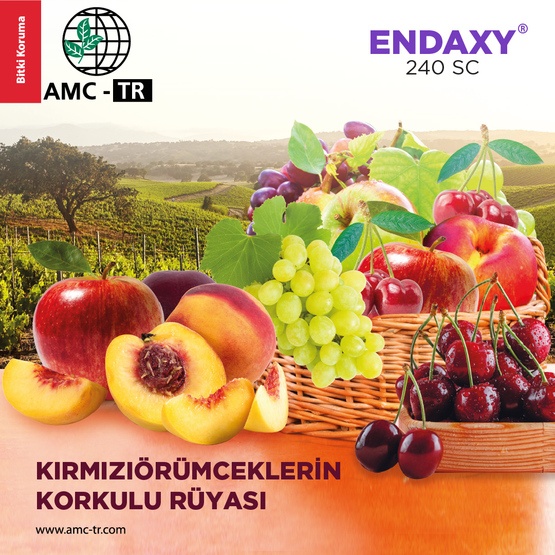 It has an immediate effect in the fight against spider mites and provides long-term protection.

Against European Red Spider and Hawthorn spider mite in Apple, and Two-spotted Red Spider in Cherry and Peach. Against Two-spotted red spider in the vineyard; Chemical control is recommended when 5-8 pests are found on a leaf, by keeping the vineyard areas where the two-spotted spider mite spread under observation. If the pest density exceeds the threshold in the counts made as of the end of the effect period of the product used in the 1st application, the 2nd application is made. In applications made before harvest, the application is terminated by taking into account the waiting time of the acaricide used.